Members of Congress and President Bush have put forth proposals that would establish school voucher programs in the District of Columbia. Those programs would allow pupils to use vouchers to attend the parochial or private school of their parents' choice. Could private schools increase the range of academic options in the nation's capital by educating students currently attending District of Columbia public schools? An analysis of the private and parochial schools in the metropolitan Washington, D.C., area reveals the following: 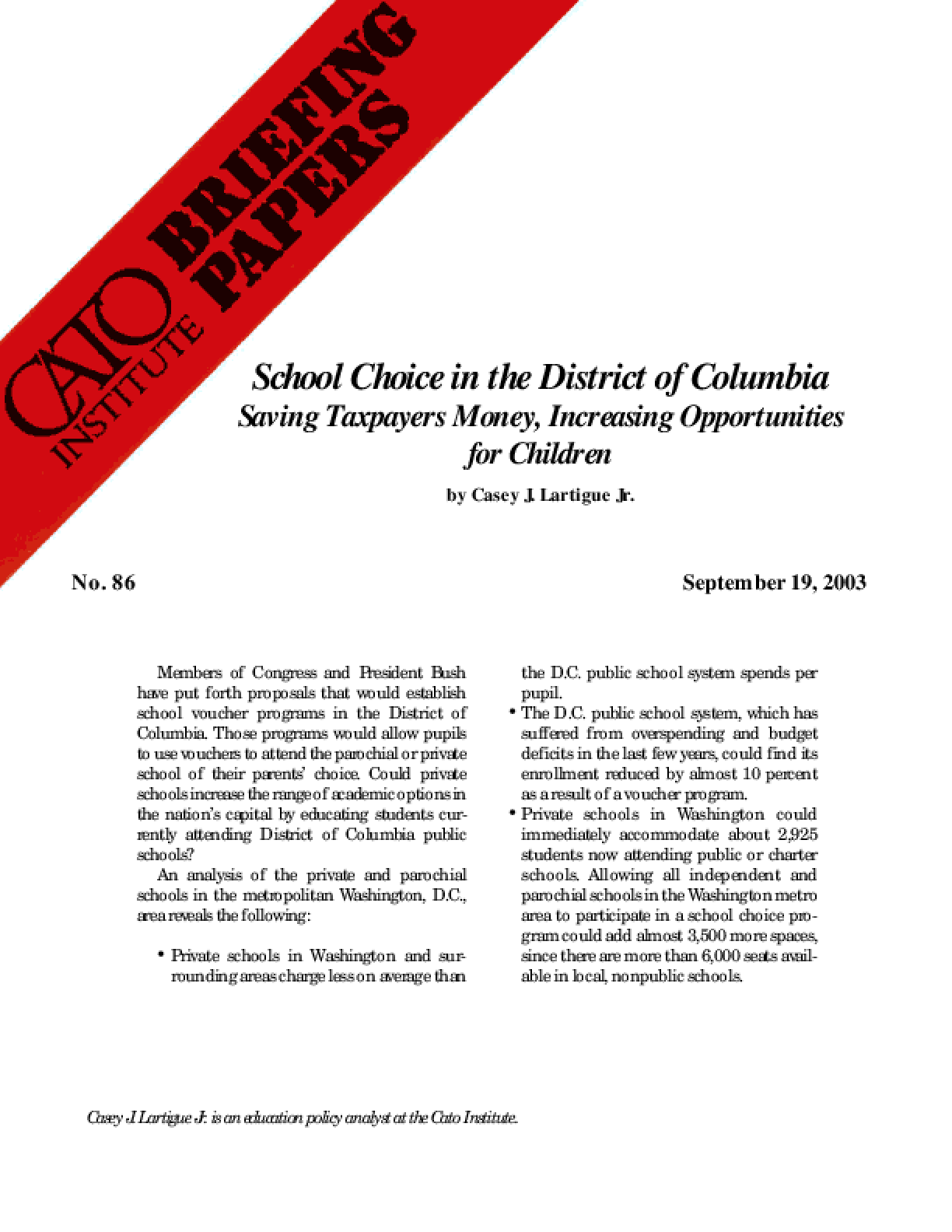