This paper estimates two sources of benefits, one direct and the other external, related to sanitation infrastructure access on early childhood health: a direct benefit a household receives when moving from open to fixed-point defecation or from unimproved sanitation to improved sanitation, and an external benefit (externality) produced by the neighborhood's access to sanitation infrastructure. Using a sample of children under 48 months in rural areas of India, it finds evidence of positive and significant direct and concave positive external effects. 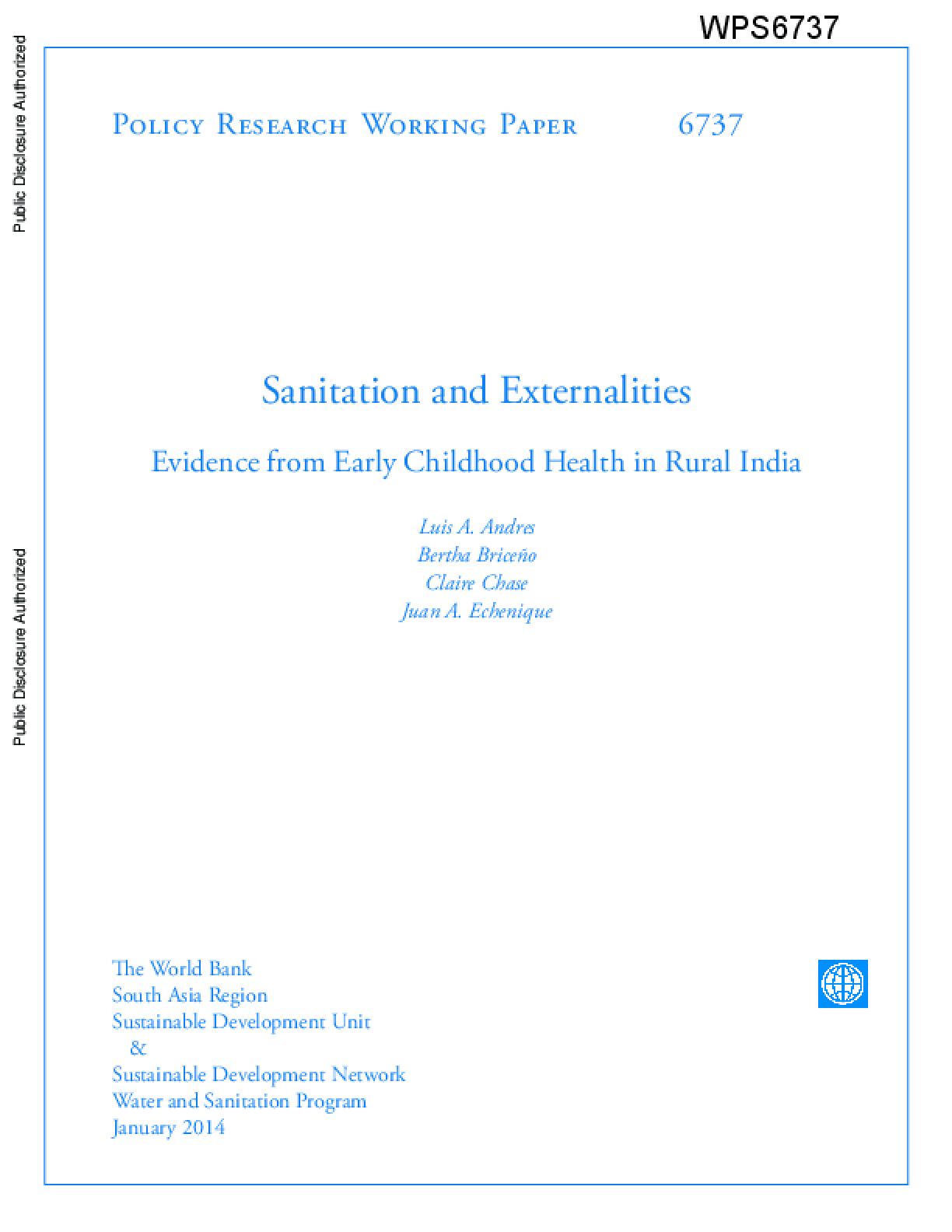