This report explores the potential impact that compliance with the Adam Walsh Act will have on states, communities, and youth, who are targeted by the new legislation. The report includes the following findings: Despite policymakers' assertions that people who are convicted of sex offenses are likely to commit another sex offense, research from the Department of Justice (DOJ) indicates otherwise. The DOJ determined that individuals previously convicted of sexual offenses had a lower overall rearrest rate for any new offenses (not necessarily sexual offenses) than did people convicted of other offenses, 43 percent to 67.5 percent respectively. Responses to children who commit sex offenses should recognize the difference between children and adults, including the fact that children are more amenable to rehabilitation. Registries ignore this fact and impose adult criminal sanctions on children and therefore undermine the rehabilitative process. According to the National Center on Sexual Behavior of Youth, the vast majority of youth sex offenses are manifestations of non-sexual feelings. Most youth behavior that is categorized as a sex crime is activity that mental health professionals do not deem as predatory. Many of the behaviors reported are status offenses, including things such as parking and necking, which would not be a crime if committed by an adult. Lawmakers established sex offense registries with the aim of protecting children from strangers. However, research conducted with the Federal Bureau of Investigation has found that 34 percent of youth victims (0-17 years old) were sexually assaulted by a family member and 59 percent were assaulted by acquaintances. In other words, 7 percent of youth victims in this study were assaulted by strangers. The cost to states of coming into compliance with the Adam Walsh Act could potentially reach millions of dollars. Virginia estimated that the cost of compliance with the Adam Walsh Act would exceed $12 million. Being on a registry can hinder a child's ability to access rehabilitative services needed to lead a productive life. Registries can impede access to employment, housing, and education. Barriers to these basic services can inhibit a young person from turning his or her life around, and may actually encourage delinquent behavior. Placement on a registry can be extremely detrimental to a young person's development, making it difficult to progress through school and to participate in appropriate adolescent activities. Youth who are labeled "sex offenders" often experience rejection from peer groups and adults and are therefore more likely to associate with delinquent or troubled peers and are less likely to be attached to social institutions such as schools and churches. Youth who are detached from normative social institutions may be more likely to engage in illegal behaviors. Registries can lead to a false sense of security for families and communities as they are increasingly overloaded with people convicted of offenses that pose little or no danger to public safety. For example, public urination is a registry-eligible offense and in 29 states consensual sex between teenagers is also cause for registration 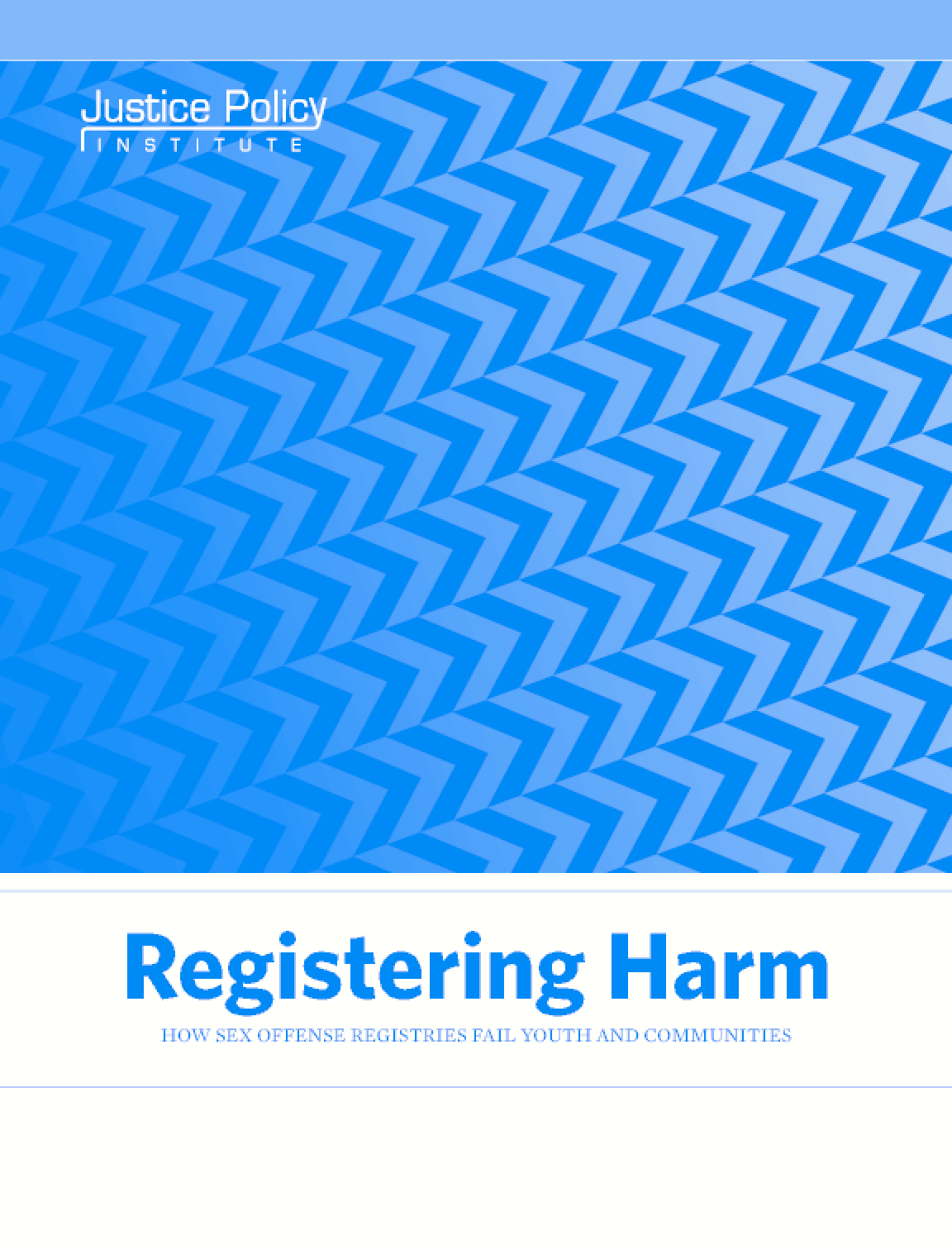