By the official measure, 6.1 million Californians are living in poverty -- more than at any point since the US Census started tracking state poverty. California has the highest sheer number of people living in poverty of any state in the nation and is ranked 20th among all states in terms of the percentage of its population living in official poverty. Yet, even more alarming, using the Supplementary Poverty Measure (SPM) developed by the Census Bureau, the poverty rate in California vaults to the first in the nation at 23.5 percent. Only Hawaii and the District of Columbia come close to matching the rate of poverty in the state. On closer inspection, the situation becomes grimmer: California's children are by far the biggest victims of increased poverty. More than one in five children in California lives in poverty; nearly half live either in poverty or perilously close to it. And, in a surprising twist, children live in poverty at twice the rate of seniors in the state. This is concerning not only due to the immediate effects of income deprivation, such as decreased health outcomes, but also because poverty is mobile across generations. According to a recent study from Columbia University's National Center for Children in poverty, 45 percent of people who spent half their childhoods in poverty were also poor as adults. 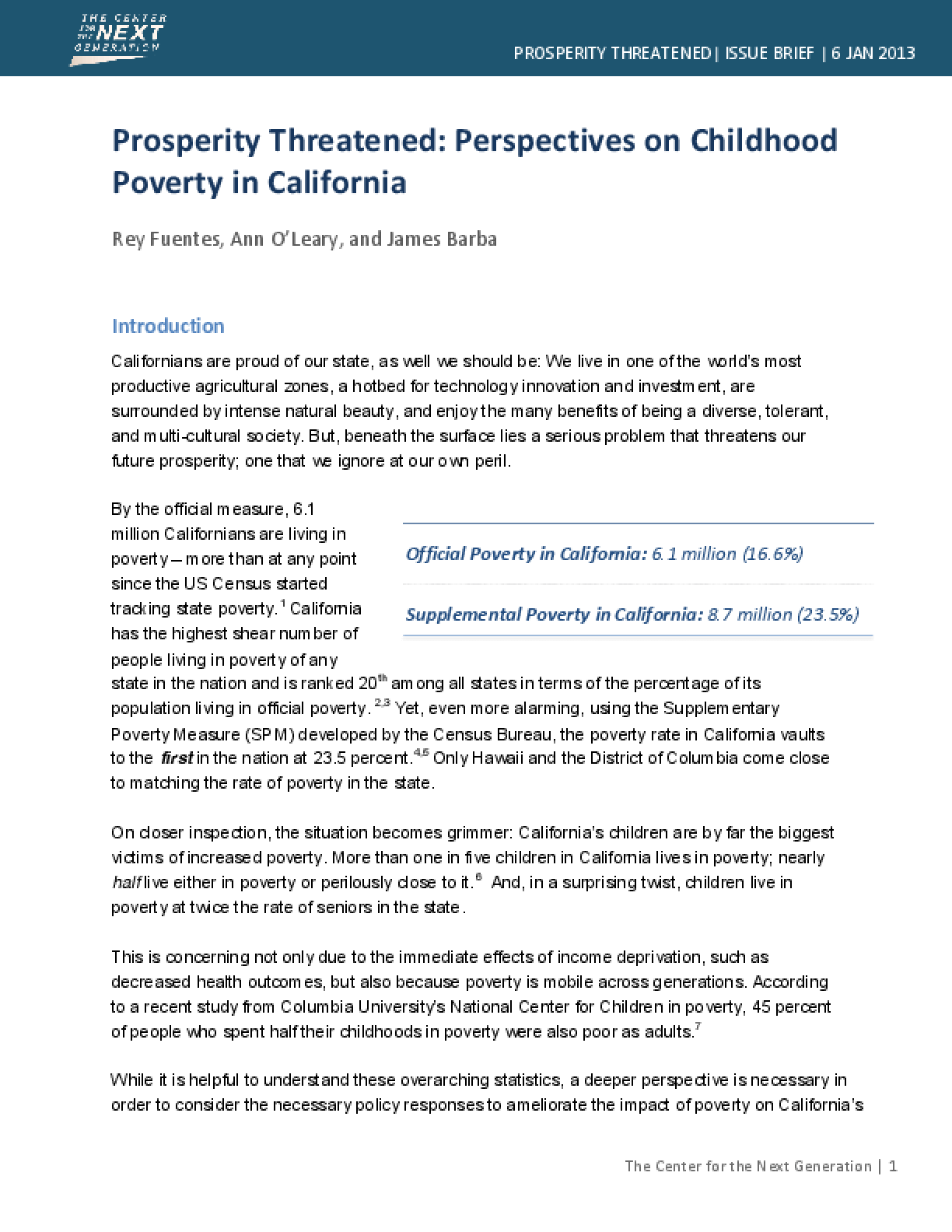