Living in the Shadow of Danger: Poverty, Race, and Unequal Chemical Facility Hazards

Over 12,500 facilities in the United States use or store such large quantities of extremely dangerous chemicals that they must submit a Risk Management Program (RMP) plan to the U.S. Environmental Protection Agency (EPA) for responding to chemical disasters. People living at the fenceline of these chemical facilities face the greatest dangers. Nearly 23 million residents – 7.5 percent of the total U.S. population – live within one mile of an RMP facility. These communities would be hardest hit during a chemical catastrophe and would have the least amount of time to escape the dangers. The Center for Effective Government graded states based on the dangers faced by people of color and residents with incomes below the poverty line living within one mile of dangerous facilities, compared to white and non-poor people in these areas. How did your state score? 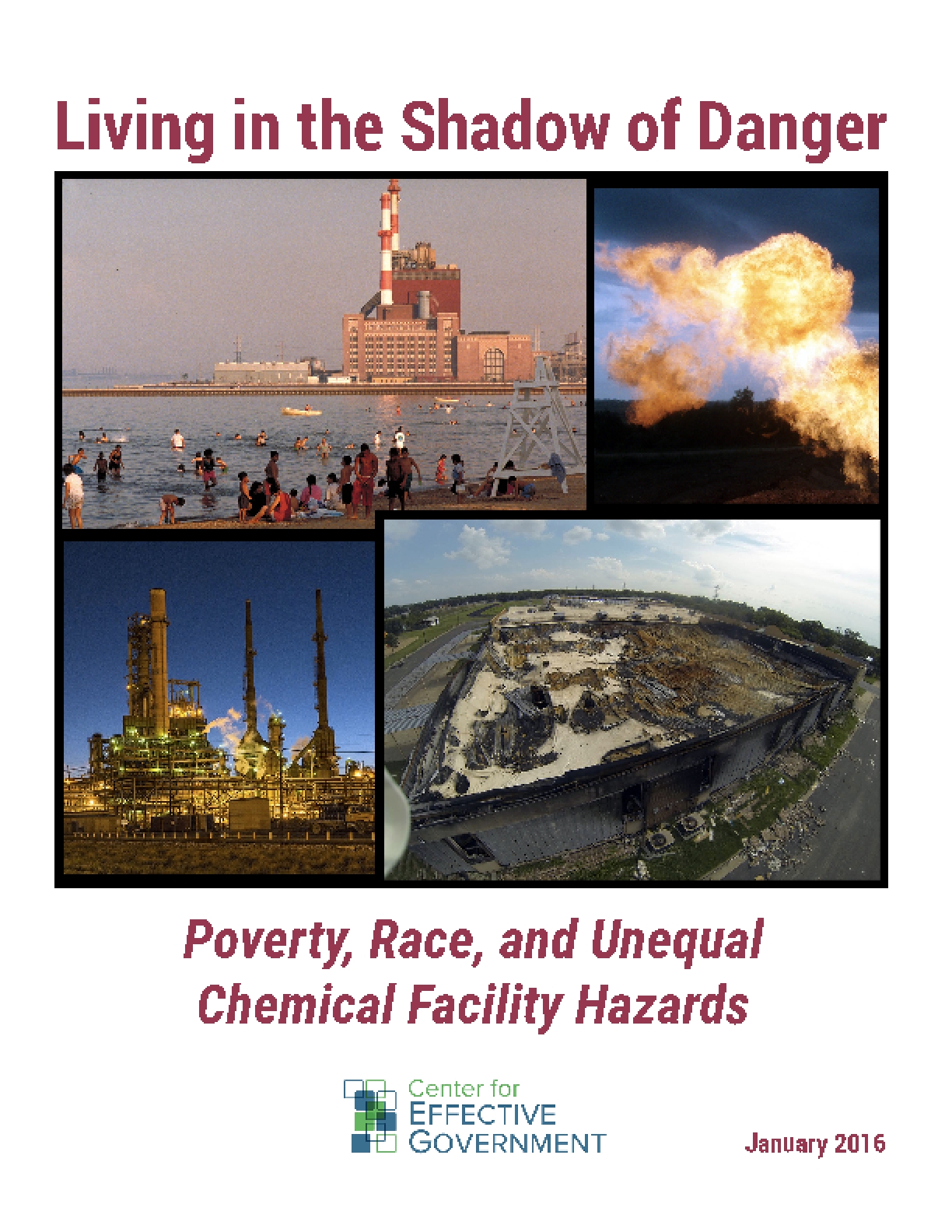