Juvenile Justice Reform In Connecticut: How Collaboration and Commitment Have Improved Public Safety and Outcomes for Youth

This report will describe, dissect, and draw lessons from Connecticut's striking success in juvenile justice reform for other states and communities seeking similar progress. The first section details the timeline and dimensions of change in Connecticut's juvenile justice system over the past two decades. In 1992, Connecticut routinely locked up hundreds of youths -- many of them never convicted or even accused of serious crimes -- in decrepit and unsafe facilities while offering little or no treatment or rehabilitation. The state was one of only three in the nation whose justice system treated all 16- and 17-year-olds as adults -- trying them in criminal courts, with open records, and sentencing many to adult prisons without education or rehabilitative services designed for adolescents.

By 2002 there was a growing awareness that these problems could no longer be ignored. Over the decade that followed, a movement for sweeping reforms began to build momentum and take root. And by 2012, Connecticut had a strong commitment to invest in alternatives to detention and incarceration, improve conditions of confinement, examine the research, and focus on treatment strategies with evidence of effectiveness.

Most impressively, these changes have been accomplished in Connecticut without any added financial cost, and without any increase in juvenile crime or violence. To the contrary, the costs of new programs and services for Connecticut's court-involved youth have been fully offset in the short-term by reduced expenditures for detention and confinement, and promise additional savings down the road as more youth desist from delinquency and crime. Arrests of youth have fallen substantially throughout the reform period, both for serious violent crimes and for virtually all other offense categories as well.

The report then looks under the hood of Connecticut's reform efforts and explores the critical factors underlying these accomplishments. The discussion begins by detailing the main elements and key champions of progress and by identifying the turning points that built momentum toward reform.

The report's final section explores what other states or local jurisdictions can learn from Connecticut's experience. The most important lesson, it finds, is that a new and vastly improved juvenile justice system is within reach for any jurisdiction that summons the energy and commitment, the creativity and cooperative spirit to do what's best for their children, their families, and their communities. 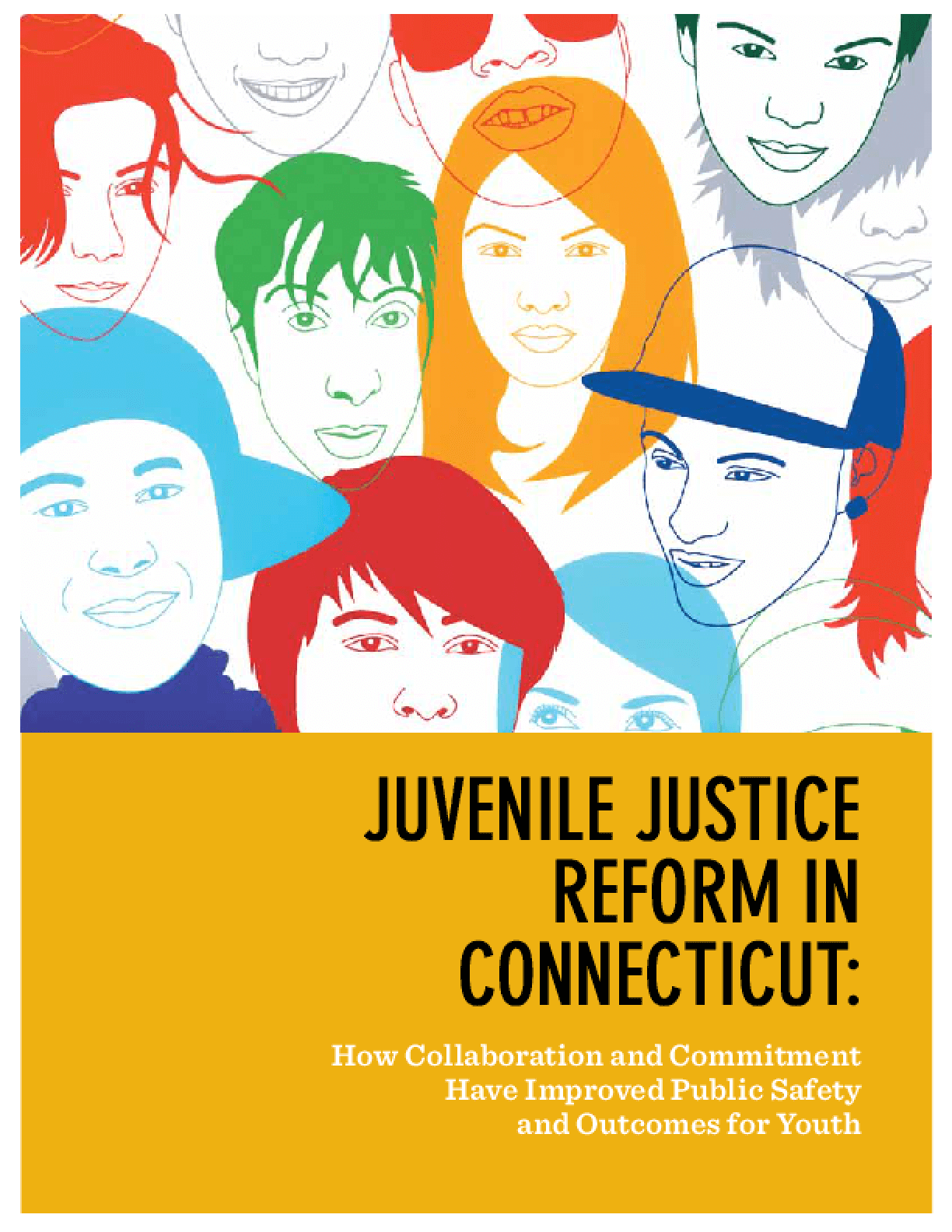