Communities are bearing the cost of a massive explosion in the jail population which has nearly doubled in less than two decades, according to a report released by the Justice Policy Institute (JPI). The research found that jails are now warehousing more people--who have not been found guilty of any crime -- for longer periods of time than ever before. The research shows that in part due to the rising costs of bail, people arrested today are much more likely to serve jail time before trial than they would have been twenty years ago, even though crime rates are nearly at the lowest levels in thirty years.

"Crime rates are down, but you're more likely to serve time in jail today than you would have been twenty years ago," said report co-author Amanda Petteruti. "Jail bonds have skyrocketed, so that means if you're poor, you do time. People are being punished before they're found guilty -- justice is undermined."

The report, Jailing Communities: The Impact of Jail Expansion and Effective Public Safety Strategies, found jail population growth (22 percent), is having serious consequences for communities that are now paying tens of billions yearly to sustain jails. Jails are filled with people with drug addictions, the homeless and people charged with immigration offenses. The report concludes that jails have become the "new asylums," with six out of 10 people in jail living with a mental illness.

The impact of increased jail imprisonment is not borne equally by all members of a community. New data reveal that Latinos are most likely to have to pay bail, have the highest bail amounts, are least likely to be able to pay and, by far, the least likely to be released prior to trial. African Americans are nearly five times as likely to be incarcerated in jails as whites and almost three times as likely as Latinos. Further exacerbating jail crowding problems is the increase in the number of people being held in jails for immigration violations -- up 500 percent in the last decade.

"These counties just cannot afford to invest the bulk of their local public safety budget in jails, and we are beginning to see why -- the more a community relies on jails, the less it has to invest in education, employment and proven public safety strategies," says Nastassia Walsh, co-author of the report.

Research shows that places that increased their jail populations did not necessarily see a drop in violent crimes. Falling jail incarceration rates are associated with declining violent crime rates in some of the country's largest counties and cities, like New York City. 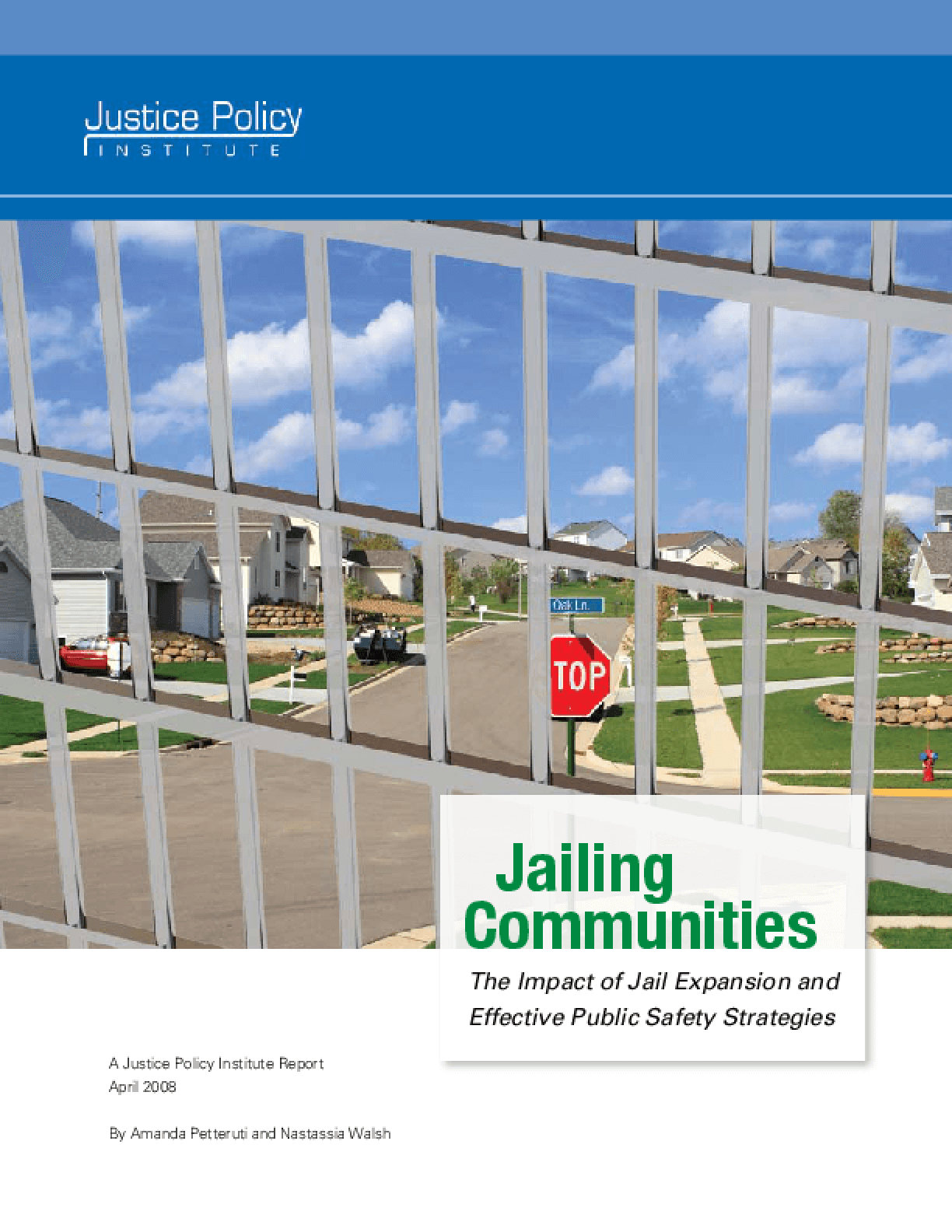