Impacts of the Teach For America Investing in Innovation Scale-Up

In 2010, Teach For America (TFA) launched a major expansion effort, funded in part by a five-year Investing in Innovation (i3) scale-up grant of $50 million from the U.S. Department of Education. Using a rigorous random assignment design to examine the effectiveness of TFA elementary school teachers in the second year of the i3 scale-up, Mathematica Policy Research found that first- and second-year corps members recruited and trained during the scale-up were as effective as other teachers in the same high-poverty schools in both reading and math. To estimate the effectiveness of TFA teachers relative to the comparison teachers, we compared end-of-year test scores of students assigned to the TFA teachers and those assigned to the comparison teachers. Because students in the study were randomly assigned to teachers, we can attribute systematic differences in achievement at the end of the study school year to the relative effectiveness of TFA and comparison teachers, rather than to the types of students taught by these two different groups of teachers. In addition to the impact analysis described in this report, the evaluation included an implementation analysis that describes key features of TFA's program model and its implementation of the i3 scale-up. 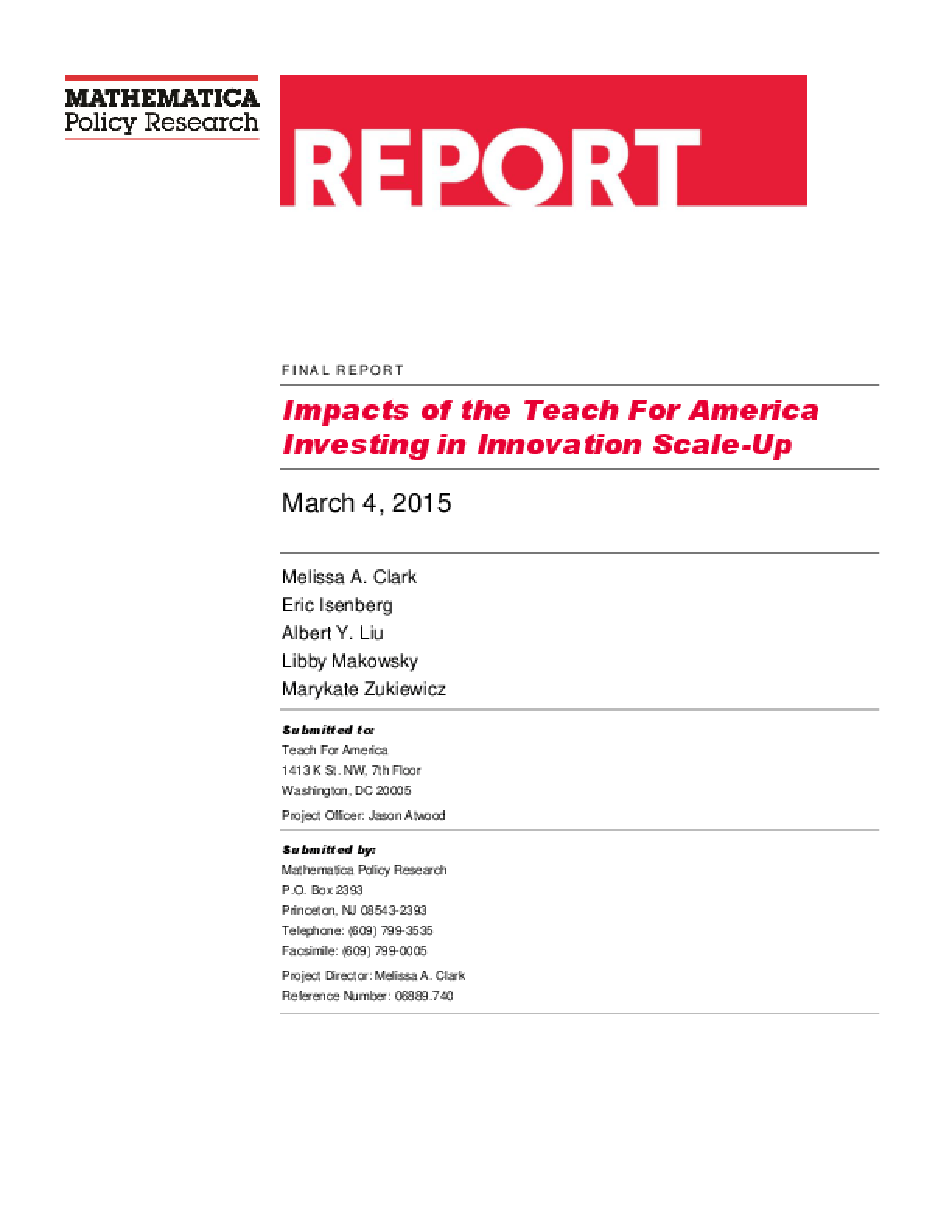