The speed with which disease outbreaks are recognized is critical for establishing effective control efforts. We evaluate global improvements in the timeliness of outbreak discovery and communication during 2010–2014 as a follow-up to a 2010 report. For all outbreaks reported by the World Health Organization's Disease Outbreak News, we estimate the number of days from first symptoms until out-break discovery and until first public communication. We report median discovery and communication delays over-all, by region, and by Human Development Index (HDI) quartile. We use Cox proportional hazards regression to assess changes in these 2 outcomes over time, along with Loess curves for visualization. Improvement since 1996 was greatest in the Eastern Mediterranean and Western Pacific regions and in countries in the middle HDI quartiles. However, little progress has occurred since 2010. Further improvements in surveillance will likely require additional international collaboration with a focus on regions of low or unstable HDI. 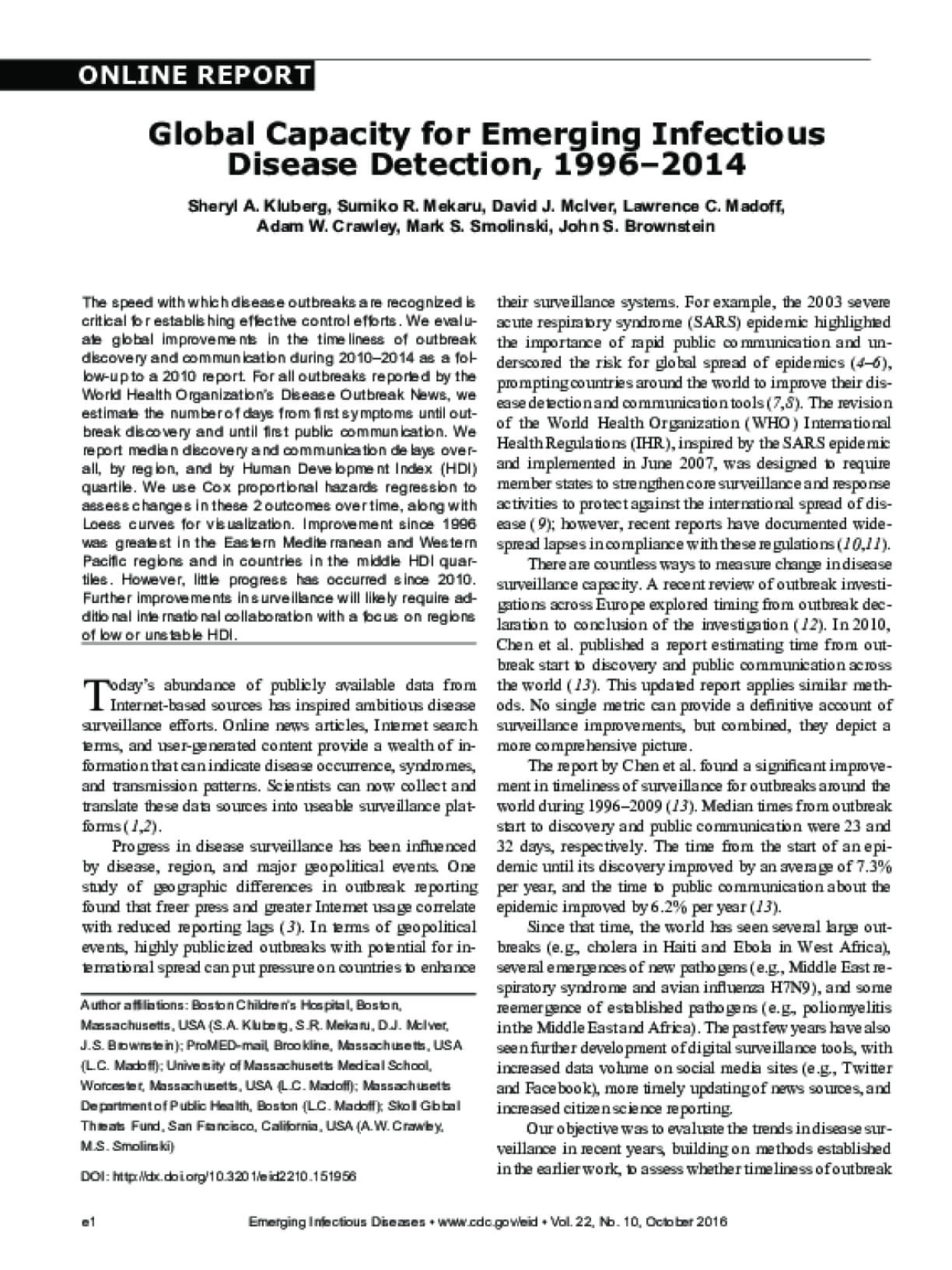