"Employment, Wages and Public Safety," one of four briefs, finds that increased employment rates and wages are associated with public safety benefits. The release of this brief corresponds with concerns about U.S. job losses and the small uptick in the national crime rate.

Key findings from "Employment, Wages and Public Safety" include:

Increased employment is associated with positive public safety outcomes. Researchers have found that from 1992 to 1997, a time when the unemployment rate dropped 33 percent, "slightly more than 40 percent of the decline in overall property crime rates can be attributed to the decline in unemployment."

Increased wages are also associated with public safety benefits. Researchers have found that a 10 percent increase in wages would reduce the number of hours young men spent participating in criminal activity by 1.4 percent. 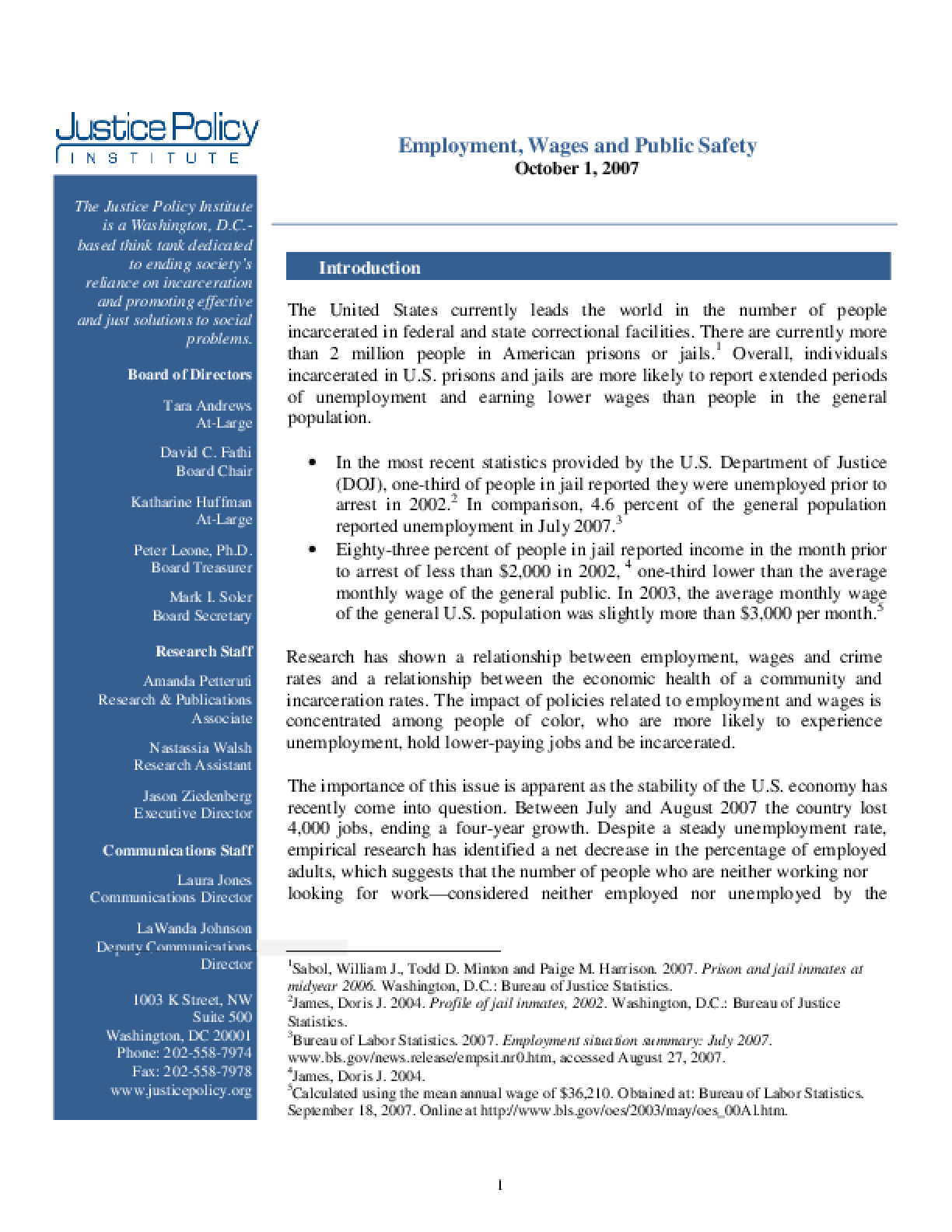