For school districts in California, just as one set of revolutionary new content standards is beginning to feel familiar, another deep change is brewing. Districts have now had more than five years to wrestle with how they implement the Common Core State Standards for Mathematics (CCSS-M) (NGA Center & CCSSO, 2010). Many have made large-scale changes in their systems. However, state math assessment scores have remained flat, suggesting that many districts may still be in the early stages of understanding and implementing changes that are necessary to support instruction.

This report describes how 10 districts participating in the Math in Common (MiC) initiative have approached implementation of the CCSS-M somewhat differently. To implement their district visions of the CCSS-M, each MiC district's MiC leadership team developed three critical collaborative structures. These structures enabled these districts' practitioners, administrators, and thought partners to meet to learn, interpret, and refine the ways they wanted to shift the dynamics of classroom instruction so that the new math standards could come to life in their classrooms.

This new way of operating may have contributed to the "bright spots" that a few of these districts are demonstrating in relation to improving student mathematics achievement (Perry & Huang, 2019). In this report, we share this information so that other districts across the state may benefit from some of the implementation design lessons learned by these 10 districts, as CCSS-M implementation continues and as districts shift to the Next Generation Science Standards, which demand similarly profound changes in teaching and learning. 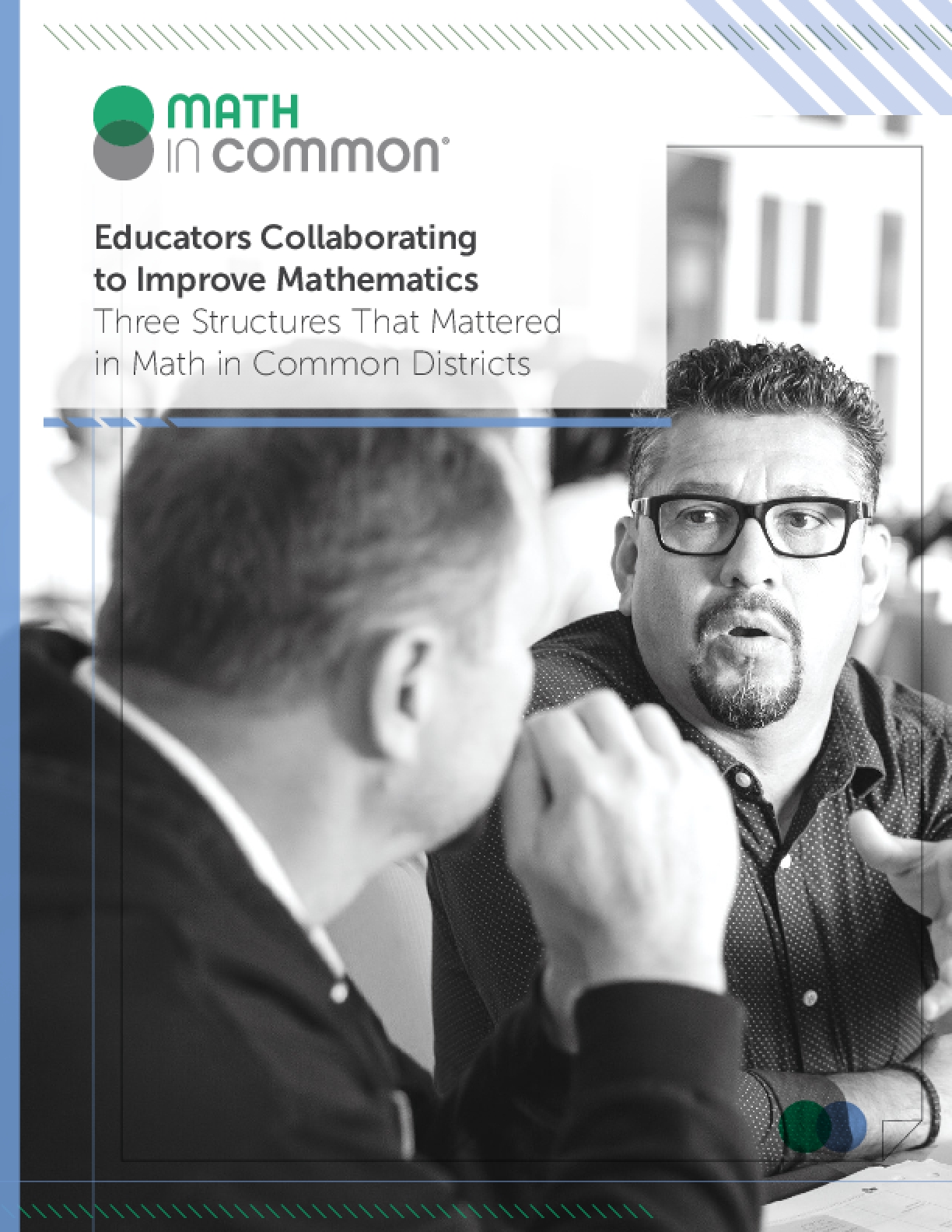