Crime, Violence, Discipline, and Safety in U.S. Public Schools: Findings from the School Survey on Crime and Safety - 2015-16

These reports present key findings on crime and violence in U.S. public schools, using data from the School Survey on Crime and Safety (SSOCS). SSOCS provides information about school crime-related topics from the school's perspective, asking public school principals to report the frequency of violent incidents, such as physical attacks, robberies, and thefts in their schools. Portions of this survey also focus on programs, disciplinary actions, and policies implemented to prevent and reduce crime and violence in schools. 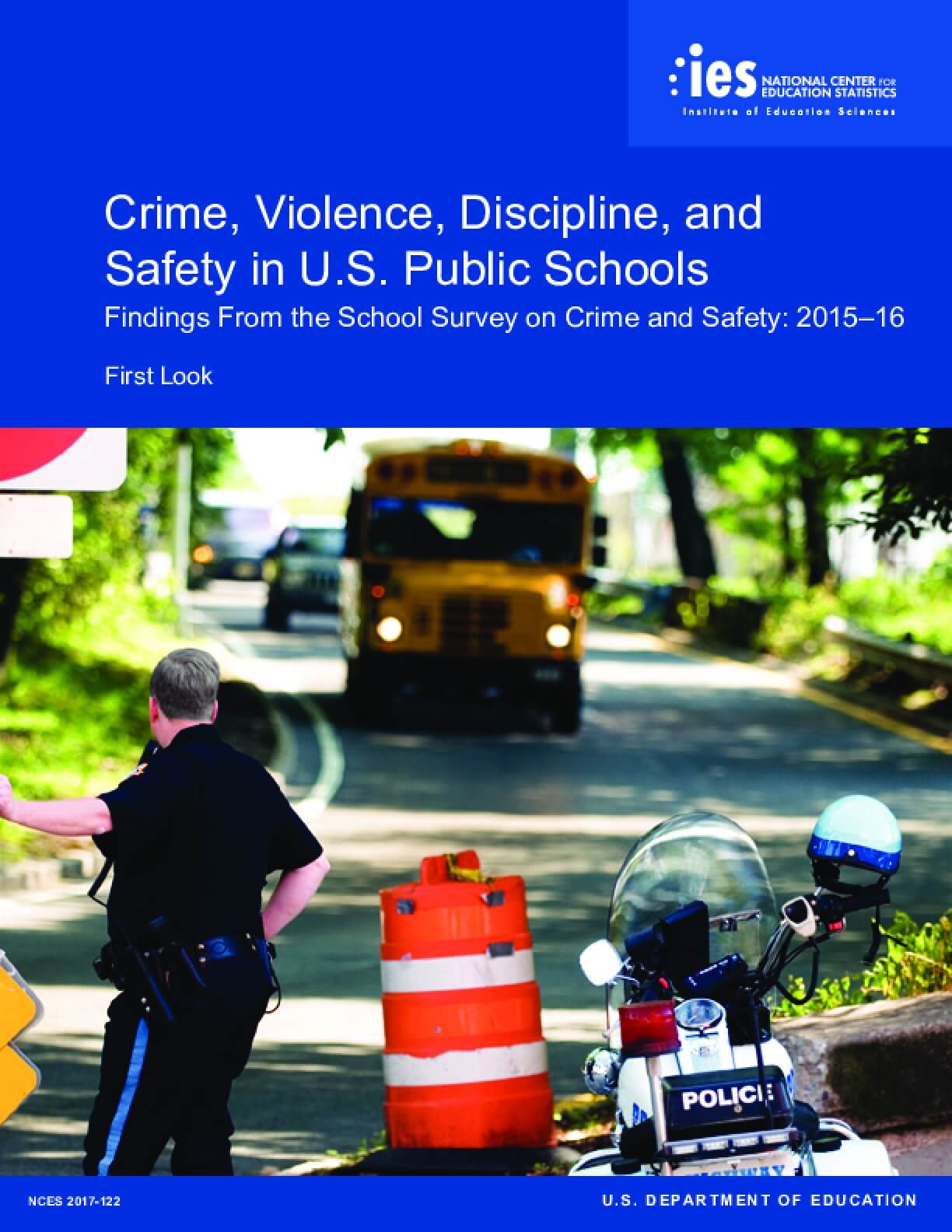