The 1990s marked a distinct shift in the destinations of newcomers to the United States from traditional reception cities such as New York, Los Angeles, Chicago and Boston and increasingly towards small- and medium-sized cities. In response to this shift, a unique pilot project conducted in three mid-sized metropolitan areas shows that broad-based community coalitions can proactively integrate newcomers who are increasingly transforming Main Street, USA. Reflecting the changing face of urban migration, the Building the New American Community Initiative (BNAC) undertook inclusive community-building through the formation of three integration coalitions in Lowell, MA; Nashville, TN; and Portland, OR. Each BNAC site was selected on key criteria that included being cities in which the number of foreign-born residents grew substantially in the 1990s, cities lacking adequate infrastructure to facilitate the demands of newcomer settlement and those with little recent experience in newcomer reception. Recognizing the differences in social, political and economic conditions across these three sites, the coalitions developed their own approaches to integration and innovative projects aimed to promote the successful integration of immigrants in their respective communities. Projects ranged from efforts to promote civic engagement, workforce and business development, youth and adult education to leadership and capacity building. The project's final report contains valuable findings for policymakers, funders and organizations collectively approaching the challenge of helping newcomers adapt to their new communities and local communities welcome newcomers. Specifically, the report emphasizes that integration is a long-term and two-way process in which organizations and institutions play a key role and that coalitions can provide a strong platform from which to engage diverse stakeholders such as immigrant Mutual Assistance Associations, community and faith-based organizations, city planning departments and business associations. Among the most successful aspects of the Initiative was the promotion of civic engagement through education on the American electoral system and through trainings that provided newcomers with the skills and confidence necessary to communicate with public officials and effectively participate in local policymaking. 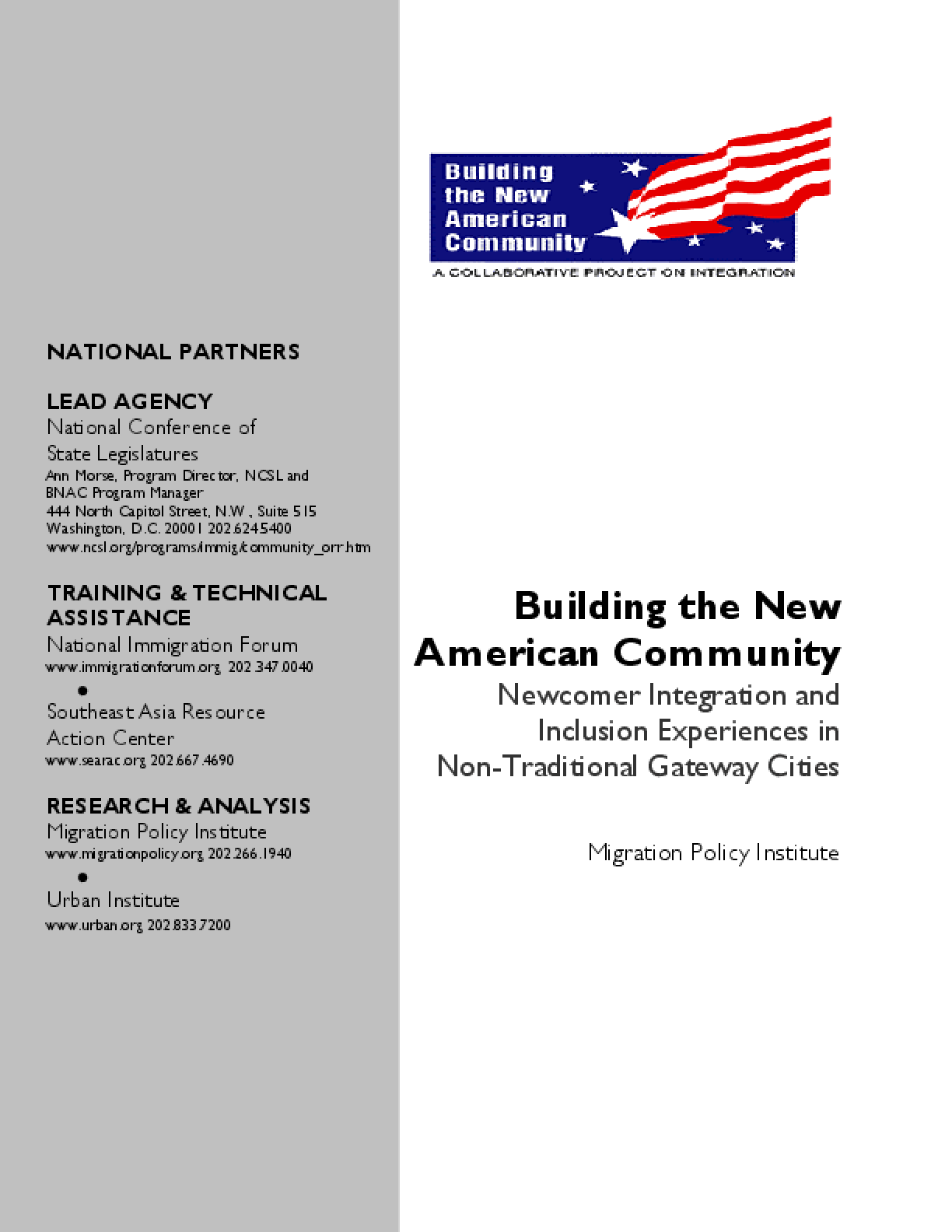